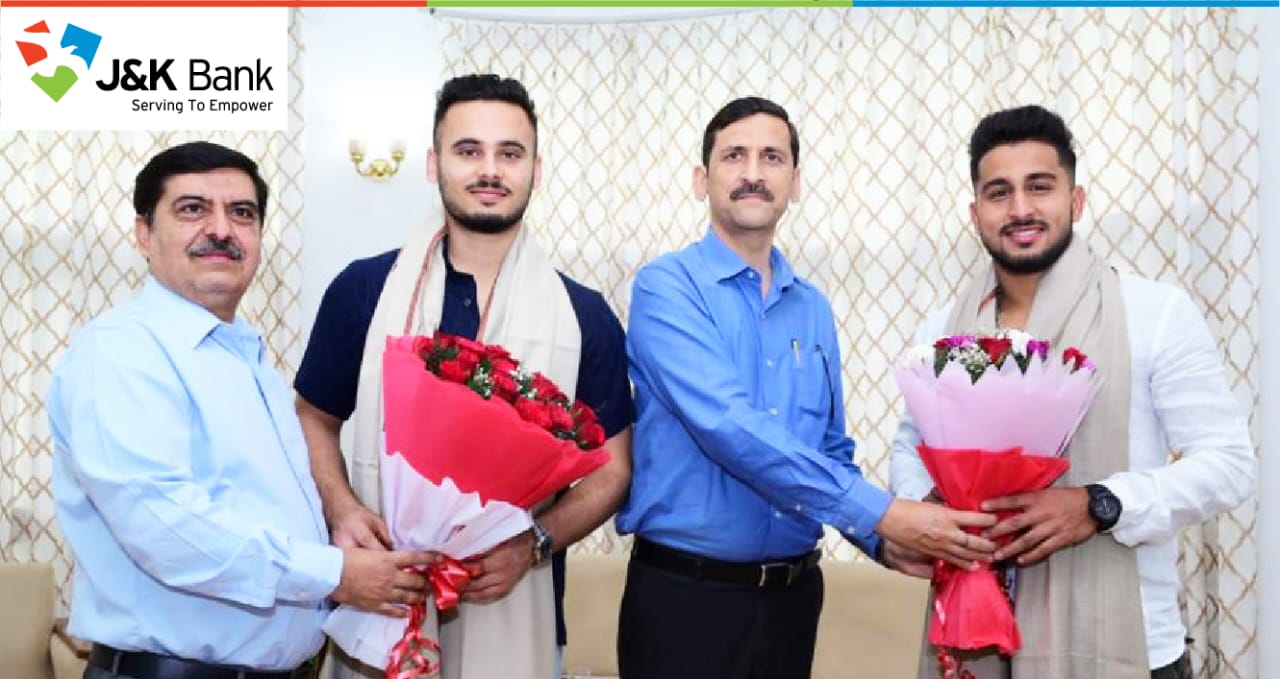 J&K Bank today honoured Umran Malik and Abdul Samad - two rising cricket stars from Jammu – who have become household names across the country after playing for Sunrisers Hyderabad in the prestigious cricketing contest i.e. Indian Premier League. Notably, impressed by his performance in IPL, Umran Malik has also been selected in the India T20 series squad for the South Africa slated to begin on June 9.

Bank’s MD & CEO Baldev Prakash has expressed pleasure on felicitation of the young cricketers saying, “It is a moment of delight for us to felicitate such talented youth of J&K who have not only worked hard to play and perform in Indian Premiere League but have also made their way into the hearts of millions of people in the country.”

While wishing them well for all their future endeavours, he further said, “We need many more such stories in J&K for inspiring our new generations to dream of bigger things early in life while achieving them young.”

While congratulating the rising cricket stars for performance in national level tournaments besides selection for the national squad, President Sunit Kumar said, “With your dedication and performance you have made the entire people of Jammu and Kashmir proud. I believe you will also make the whole nation proud with your diligent performance in all the future competitions.”

“As a premier institution, we have always and will continue to extend every possible support towards promotion of sports among the youngsters especially in J&K and Ladakh. In fact, we shall be forthcoming in financing state-of-the-art sports infra-structure anywhere in the country particularly in our core operational geography”, he added.

It is pertinent to mention that the Bank is contributing its bit quite well to improve the sports landscape of J&K. The Bank’s Football Academy is a case in point that continues to nurture the young talent of J&K. The academy has produced famous footballers who rose through ranks to exhibit their talent for big clubs with some achieving the ultimate dream of representing their country. With latest among those being Danish Farooq, who was part of Indian team that recently played international friendlies in Bahrain.