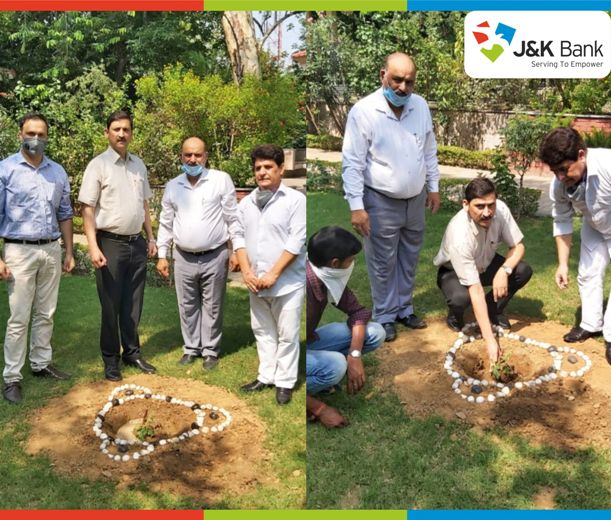 The Zonal Head, accompanied by PRO Jammu Kewal Sharma and senior officers of the bank, planted the sapling in presence social activist and Founder President Peepal Saves People Foundation Pritam Singh who hailed the gesture as “harbinger of good”.

Speaking on the occasion, the Zonal Head said, “The initiative reaffirms the bank’s commitment to help preserve ecology and spread awareness about importance of the ‘Green Gold’ especially in view of the climate change and rampant felling of the trees. Our bank has always been at the forefront of helping protect the environment and every year conducts plantation drives across the UT”.
“Since the monsoon season has arrived in most parts of the country, a good beginning has been initiated by the bank by planting the peepal saplings. We took the initiative last year also and so far we have planted more than 5000 saplings in Jammu province as well as outside the UT”, Pritam Singh said.

Notably, first started in 1950, Van Mahotsava is an annual tree planting festival in the month of July during which thousands of trees are planted all over India.